Lottochain was developed under Althash blockchain, to be truly fair auditable and smart contracts driven, Use your HTMLCOIN to Play and Bring your Luck Back

"Lottochain is the first and only fully anonymous, auditable, smart contract driven and transparent crypto lottery."

When betting on lottochain you do not need to register, register an email account, social network, inform your email, or any other personal information that identifies you as a person. You are only recognized by your wallet address, nothing more. And the prize is also delivered in that same wallet, automatically after the draw.
In addition, it is possible to audit on the blockchain, not only the sweepstakes, but also the prize delivery. Our contract is subject to public audit and its code can be downloaded to emulate and affect its operation. That is why lottochain is today the only crypto lottery that protects your right to the most valuable asset today, your privacy, security and anonymity. To make it even more attractive, Lottochain has daily, weekly, monthly draws and the special Super Ticket prize, a token linked to the result of the bets.
Marcio Gandra
Lottochain Developer
Paulo Felipe
Lottochain Developer

Project Status Know more about our next games

Branding & Design 100%
MVP & Development 100%
Beta Testing 100%
Super Ticket Tests 100%
Inaugurated in March 2020, in beta, several tests and real simulations were carried out with Htmlcoin users, several prizes were raffled, audited and checked by the entire Htmlcoin community. The next steps include the global launch of the platform and new games. And the possibility of using non-fungible tokens in the htmlcoin (NFT) network, possible after the last fork of version 2.5, will emerge several new possibilities for the development of different types of games, single and multi-player, RPGs, cards and all forms of crypto entertainment.
What makes Lottochain so unique, in addition to all its characteristics of anonymity and auditing, is that you have the certainty that the smart contract will guarantee all the confidence of the system, from the bet, through the draw, to the delivery of the prize, since blockchain has immutability as an intrinsic characteristic.

What are the costs of the regular and the super ticket ? What are the chances ?
Each regular ticket costs 5 usd, paid using Htmlcoin, and it will give you 3 chances of winning. One draw at the same day you purchase, one draw at the next weekend and one draw at the end of the month. You can check more at https://www.lottochain.io
Where can i follow the draws and audit the lottery ?
Access lottochain.io and click on Audit button. Then, choose the date you want to audit and check all hashes and htmlcoin explorer transfers.
Is it possible to play with more than one ticket ? Regular and Super ?
Yes, as many tickets you play, bigger is your chances of winning.

Is there any fee ?
Lottochain.io administration fee is 10% of each regular ticket purchased.
Where can i purchase LOTTO Token (The Super Ticket) ?
You can purchase at Htmlbunker.com , our dedicated crypto exchange. It is availiable there at BTC and HTML pairs.
What is the algorithm used on draws to ensure that no one will know or change the winner ?
The winner draw uses the last block hash number from Htmlcoin network, as well Bitcoin network, together using a public Solidity function to choose the winner at the specified time and date. Only after 6 confirmations of each block on each network the winner is released to avoid any block rejection.

The blockchain explorer gives you the power to audit any crypto transaction in real time.

Every draw generates a hash, this hash is avaliable for audit at explorer.htmlcoin.com URL. Just type the generated hash and you will see the contract working, the prize beeing delivered and all network confirmations.
You can always check it using the link 'Audit' at Lottochain.io searching by dates, days, months, years. We keep all records, hashes and time there with and all delivered prizes and winner wallets.

The smart-contract is the engine of trust at Lottochain.

"Trust is an integral aspect of all human relationships. Whether in the workplace, marketplace or family and other social setting, there can be no meaningful interpersonal connection between two or more persons without trust. Non-legal mechanisms such as reputation and societal constraints may induce parties to voluntarily perform their end of the bargain. "
"First propounded by Nick Szabo in 1994, smart contracts were then described (by Szabo) as ‘a set of promises, specified in digital form, including protocols within which the parties perform on these promises’. Other definitions have generally described smart contracts as autonomous software agents: in other words, codes or protocols that automatically self-execute upon the fulfilment of pre-determined conditions."

If no human custody, funds are always safe.

Using complex technology, from public and private key cryptography to peer-to-peer networks and consensus mechanisms, blockchains provide a database that is characteristically accurate. Each computer in the distributed network maintains the same updated version of the record without the need for a master copy, making it an autonomous system. Blockchains can exist without a centralised authority or server to exchange, verify, and secure data of recorded transactions.
When funds are managed by humans, the risks of hacker´s attack, scams, hardware issues, thiefs and all kind of problems that can happen are bigger than when funds are managed by smart-contracts. The prize is not at any cold storage availiable for human access, it is locked inside the contract and it can only be released with the contract rule attended. That´s why it´s safe.

No need to go to banks, inform your data, request your prize or wait too long to receive.

The main purpose of smart contracts is to enable people to do business with strangers, usually over the internet, without the need for a trusted intermediary. The idea is that software can automate much of the process, allowing the enforcement of contractual promises without human involvement.
At Lottochain.io all process, including the prize deliver, are automatic and instantaneous. As soon the hashes are combined and the winner choosen, the transaction starts automatically and you will receive the confirmation of your prize in your wallet in few minutes, after the 6th BTC and HTML last block confirmation, if you are the lucky winner.

One single ticket can bring you 3 chances of winning!

I am fan of crypto games and this game will catch you forever !

It´s very pleasant when you receive the confirmation of a prize at your wallet.

I can bet all day and acumulate lots of chances per week and month, as well. 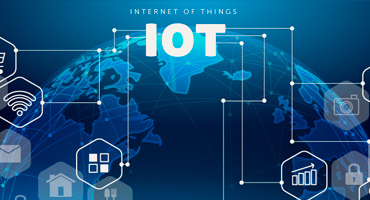 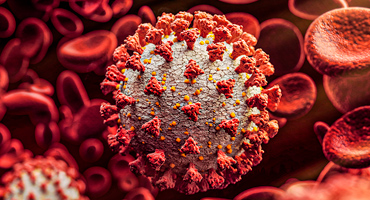 São Paulo University and Htmlcoin against Covid-19
Livecoins | 06 August 2020
Know more about the zebra fish stripe test for covid and the use of Althash/Htmlcoin Blockchain.
Read More 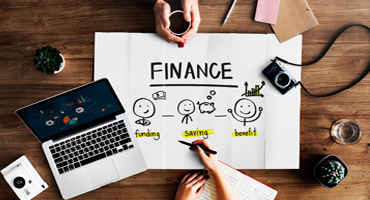 The DeFi revolution has come to Althash & HTMLCOIN.
M. Gandra | 14 August 2020
Time scheduling app for smart contracts automation is the next Defi product made on Althash.
Read More